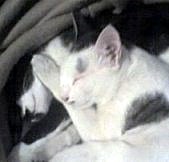 “It’s happening,” I whispered to my husband, smiling in the dark. It was 1am, our daughter was asleep, and what I was feeling were unmistakably contractions. Not long after, I felt an urge to push, but instead of racing to the hospital, I went and sat on the toilet and let the inevitable happen. I was having a miscarriage, and I felt nothing but relief in that moment.
Later in the day, once the goriest parts were over and I went about my routine as usual, I felt a certain discomfort. Wasn’t I supposed to cry, to grieve, to be miserable for days on end, especially considering this was a much wanted baby that I had just lost? What kind of person was I to be so self-congratulatory about what I boasted to my husband was a “perfect miscarriage” (natural, not much bleeding, a quick cessation of pain)?

I’m not a heartless, emotionless person. The three weeks preceding the miscarriage were hell. I’d had a chemical pregnancy in May 2016 and two months later I was pregnant again. I was so anxious about it sticking; after wiping, every non-bloody piece of tissue was like a talisman as were the pregnancy tests I took every other day. I told my 2.5-year-old daughter that she could expect a sibling, took my vitamins, milked every twinge for sympathy and dismissal from childcare duties. It all went downhill at the reassurance scan I took at 6 weeks. There was just a wonky looking sac that measured behind by about 10 days. Progesterone pills were prescribed, another scan was scheduled. A week in limbo followed. Endless lurking on a website about misdiagnosed miscarriage, tears, hope, feelings of failure — I could barely function. The second scan revealed the presence of a foetus and that the sac had grown, but no heartbeat. Yet another follow-up scan was scheduled. Another week of being a shit parent, obsessive trawling of forums, tears, rage, grief. Misery all around.

Is dissolving into tears and sinking into a depression the only acceptable and “real” response to a miscarriage?

Then at the final scan, when I was about 9 weeks along, I was told there was no hope. The baby had probably died around 6.3 weeks. And that’s when the gloom started to lift. I was being released from limbo. There was nothing I could do, no amount of “research” on the internet could give me the hope I craved, I could get back to my life. I could stop grieving.
I told my husband we should go “celebrate” at a nearby restaurant, which we did. I tucked into cured meats with gusto and knocked back a few strong coffees. I felt quite cheerful. My spirits were further uplifted that very evening, when the bleeding started. No D&C, no misoprostol! This may have been a rubbish pregnancy but at least I could have a good miscarriage. My luck had not run out completely.

Once the fetus was out (I told my husband it felt like chunky vaginal diarrhoea while I was “evacuating” it, and he went grey in the face), I had no desire to look at it, to assign it a gender, to name it, to think of it as a potential person. I told myself all the clichés you’re not supposed to say to women going through miscarriage, and they helped me cope: it was just a ball of cells, everything happens for a reason, it was not meant to be, it was all for the best, at least it wasn’t ectopic/molar/late in the pregnancy, at least I had another child, I could try again. Every at least made me feel better because it reminded me that other people were worse off than me. I was still charmed dammit.

I did not take the day off at work and decided to go the doctor for the all-clear once the bleeding had subsided completely — I was not in much physical discomfort, I didn’t want manufactured sympathy or clinical prodding and the practice I go to plays Kenny G’s more plaintive saxophone renditions on loop, which I find unbearable.

Most people who knew what had happened made it a point to commend me on my “strength” but they were also a little appalled. I sometimes make jokes about it and that freaks people out too (I was quite proud of a little limerick I came up with: “My oven threw out my bun, so maybe now we are one and done.” Well, at least it rhymes). Some people think I’m faking it. Others say I’m not allowing myself to grieve. My husband actually told me to at least behave a little less clinical and cheerful about the whole thing because it makes me appear as if I am dissociated from reality.

But am I? Is dissolving into tears and sinking into a depression the only acceptable and “real” response to a miscarriage?

There’s almost a taboo around being able to “get over it.” It somehow makes you this insensitive, unfeeling person. Not woman enough.

There are so many articles about there being no one way to grieve or cope. I completely agree with that and feel great sympathy and empathy for everyone struggling in the aftermath of a miscarriage. I felt all of those emotions myself in the weeks before I physically lost the baby. But it should swing both ways. There’s almost a taboo around being able to “get over it.” It somehow makes you this insensitive, unfeeling person. Not woman enough. On occasion I found myself pretending to be sadder than I was because it was expected of me. That sucks. It’s not that I don’t regret what happened. Of course I do. I wanted that baby. But once I lost it, moving forward was the only way for me and I was grateful I was able to do it this time. It was a blessing to me that I could find that resilience, because that doesn’t always come easily to me. I definitely feel worried about ever being able to carry another pregnancy to term and sometimes I don’t want to even try again because the whole process causes so much anxiety.

But for now I am happy to have an empty womb.